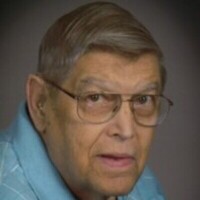 Private services will be held for the family with a memorial service to follow at a later date.

Joseph (Joe) was born March 7, 1935 to Leo and Eleanor (Hughes) Pankratz in Le Sueur, Minnesota. He attended John Ireland Catholic School and Central School before graduating from Saint Peter High School in 1953. He then attended Mankato Vocational School for auto mechanics. Joe was united in marriage to Donna Thorson on March 31, 1956. They lived in rural Saint Peter, where they raised their three children. Joe served in the Army National Guard from 1957 to 1963.  He taught auto mechanics for many years at the Interdistrict School in Saint Peter and also worked as a mechanic at several auto businesses.  Joe retired from auto mechanics in 2000 and worked part-time for Palmer Bus Service until 2016. He was a member of Scandian Grove Lutheran Church in Norseland, Minnesota where he served on several committees and the church council. Joe enjoyed hunting, fishing, camping, playing accordion, working on friends’ and neighbors’ cars and tractors, helping his son farm, and spending time with family.

The family is grateful for friends and caregivers that offered love and support in his final days. In lieu of flowers, gifts of memorial may be given to Shriners Hospitals for Children or St. Jude Children’s Research Hospital.

To order memorial trees or send flowers to the family in memory of Joseph Leo Pankratz, please visit our flower store.