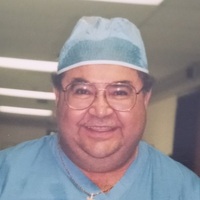 Dr. Leonard Joseph “Joe” Warren, 76, resident of Prior Lake passed away peacefully in his home on March 7, 2022. Visitation will be held from 5-8 p.m., at the St. Peter Funeral Home on Thursday, March 17, 2022, with a prayer service beginning at 5 p.m. Mass of Christian Burial will be at 1 p.m., on Friday, March 18, 2022 at the Catholic Church of St. Peter, with visitation continuing one hour prior to the service at the church. He will be laid to rest at Calvary Cemetery, St. Peter. St. Peter Funeral Home is in charge of arrangements.

He was born in White Earth Township on September 19, 1945, at the White Earth Indian Hospital on the reservation.

Seeing the value of a higher education, he left his home at 19 to pursue an education. He first started by studying as a lab and x-ray tech, and proceeded to further his education from there. He graduated from the U of M medical school on July 16, 1982. He was employed with family physicians for 22 years.

He enjoyed spending time with his family whether it was for a simple gathering, or a big party. He also loved going hunting with his kids, and eventually his grand kids and spread his love of hunting to them.  Leonard was known for his huge heart, and his boundless generosity.

To order memorial trees or send flowers to the family in memory of Dr. Leonard Joseph Warren, please visit our flower store.