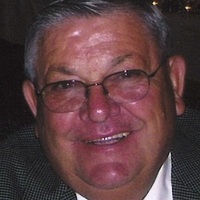 Maurice “Maurie” Henry Thelemann, age 84 of St. Peter, formerly of Le Sueur, passed away peacefully on Thursday, December 10, 2020 at Benedictine Living Community in St. Peter following a courageous battle with cancer. Private Memorial Mass of Christian Burial will be held at the Church of St. Peter, with burial to follow in St. Henry Cemetery. You may visit the Church of St. Peter’s Facebook page to watch the funeral live on Wednesday, December 16, 2020 at 11:30 a.m. St. Peter Funeral Home is assisting the family with arrangements.

Maurie was born on April 5, 1936 in rural Le Sueur, to Art and Mary (Lang) Thelemann. He attended rural school in Sharon Township and graduated from Le Sueur High School in 1953.

Maurie was united in marriage to Everilde “Evie” Fitterer on June 8, 1957 at St. Francis de Sales Church, Clairemont, Minnesota. Shortly thereafter he and Evie bought their farm east of Le Sueur, making a lifetime career of dairy farming for 45 years, and raising 5 sons and 3 daughters.

Maurie was an avid fan of music and dancing, and especially old-time music. His favorite band of all time was the Thelemann Family Band of which he was the creator. After retirement, he learned to play concertina and enjoyed jam sessions and being a member of the Czech Area Concertina Club.

He will be remembered also for his love of horses, especially his team of dapple greys, “Polly and Ida” and the joy he received from hitching the team and giving wagon rides and sleigh rides at the farm. During his farming days, he was also a Jacques Seed dealer, member of the N.F.O., Knights of Columbus and St Henry Church choir and lector.

Maurie will be most remembered as a beloved grandfather, spending as much time as possible with his grandchildren and great-grandchildren.

To order memorial trees or send flowers to the family in memory of Maurice "Maurie" Henry Thelemann, please visit our flower store.