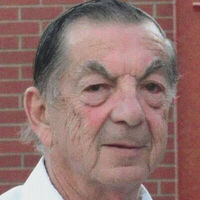 Funeral service will be 10:00am Saturday, May 15, 2021 at the Catholic Church of St. Peter with visitation one hour prior. Burial will be at Calvary Cemetery, St. Peter with military honors. Condolences for the family can be left at www.saintpeterfuneralhome.com.

Ray was born September 15, 1938 in Ottawa MN to Peter V. and Helen (Staples) Fay. He graduated from St. Peter High School and joined the Army, being honorably discharged in 1962. Ray worked at the State Hospital in St. Peter and then moved on to MN DOT in St. Peter before his retirement.

Ray was a great family man and loving father. He married Norma Meyer on April 20, 1963 and the couple had three children together. Ray was deeply involved in archery for the majority of his life, which included him being president of the MN State Archery Association. Ray’s passion for archery soon grew to all three of his kids and even his wife. The family spent many weekends camping at archery tournaments in Minnesota and as far as Washington and New York.

Ray is survived by his sons: Paul (Colleen), and David (Vicki); daughter Jenny (Barry) Roemhildt; sister Phyllis Smith, all of St. Peter. Also surviving are seven grandchildren; eight great grandchildren; and many nieces and nephews. He was preceded in death by his parents, wife, Norma and a sister, Mary Stoffel.

To order memorial trees or send flowers to the family in memory of Raymond Victor Fay, please visit our flower store.