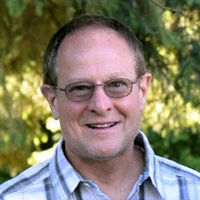 Richard “Richie” Edward Miller, age 63 of Cleveland passed away unexpectedly on Saturday, February 19, 2022. Celebration of Life will be held at a later date. St. Peter Funeral Home is assisting the family with arrangements.

Richie was born to Edmond and Elaine Miller on August 3, 1958 in Mankato, MN. He attended St. Peter High School and graduated in 1977. He married his wife, Jeri on August 9, 1985 in Cleveland, and together they had two children. Richie worked for Vetter Stone for 23 years, and prior to that worked for Door Engineering for 21 years.

Richie enjoyed working side by side with his son on anything that had a motor. He adored the family pets and looked forward to their nightly family walks. Richie loved anything outdoors including camping, boating, motorcycling, 4-wheeling, snowmobiling, and yard work. His main passion was being in “the shed” tinkering and watching NASCAR races. He attended many classic car cruises and roll-ins. Richie looked forward to Jeri’s cooking and baking, and especially enjoyed their nightly family dinners. Richie attended all of Ben and Megan’s events and activities. He will be greatly missed.

Richard is survived by his wife of 37 years, Jeri; children, Ben, and Megan; parents, Elaine and Pete Brown; mother and father-in-law, Ray and Carol Thieman; brother, Gary (Steph); nieces and nephews; very special friend, Marshall Powell, as well as many other close friends. He was preceded in death by his father, Edmond and beloved pets, Dexter and Ranger.

To order memorial trees or send flowers to the family in memory of Richard "Richie" Edward Miller, please visit our flower store.