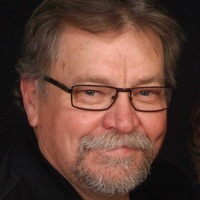 Steven “Steve” Arthur Draeger, age 66, of St. Peter passed away on Wednesday, May 11, 2022. Memorial service will be held at 11 a.m., on Friday, May 20, 2022 at First Lutheran Church, St. Peter, with visitation one hour prior at the church as well. St. Peter Funeral Home is in charge of arrangements.

Steve was born in Glencoe, MN on December 21, 1955 to Lawrence and Celie Mae Draeger. He was confirmed at Immanuel Lutheran Church, Gibbon, MN. Steve attended Gibbon Public Schools and graduated in 1975. On August 26, 1978 he married Dawn Rekstein at Our Savior’s Lutheran Church, Fairfax, MN. Steve and Dawn shared 43 years of marriage and raised three children: Justin, Kristin, and Ryan.

Steve and Dawn lived in New Ulm, MN during their first year of marriage, and then moved to New Sweden, MN for several months before moving to St. Peter, MN where they resided until his passing.

Steve was a dad who was involved in all his children’s sports and activities and took great pride in all of their achievements. When his boys were young, he and a few of his friends took on the task of coaching youth wrestlers. He made lasting friendships with those kids and their families and kept in touch with many. The bond he created with his fellow coaches made quite the impact on the rest of his life.

Steve shared the love of hunting with his sons and spent many deer hunting seasons in northern Minnesota at their hunting land. All who knew him, knew that this was his favorite time of the year and he spent countless hours before each trip making plans for those hunts. He was like a kid who was so excited the night before Christmas that he couldn’t even sleep. It was a rare occasion when he did not have a deer to show for his efforts, many times helping out his hunting party by filling out their tags for them as well.

Steve’s love of building demo cars with all three of his kids consumed many summer nights. He taught them to be great competitors and how to celebrate their victories with the annual “After Demo Garage Parties.” For his 50th birthday he decided he would enter the demo himself and made his family proud with his efforts.

Steve loved his children deeply and was proud of them. He was not aware how much love his heart could hold for others, until he became a grandpa. Kale, Sophia, and Ada will forever have a fierce guardian angel watching over them.

To order memorial trees or send flowers to the family in memory of Steven "Steve" Arthur Draeger, please visit our flower store.