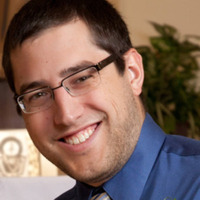 Ted was born on September 5, 1983, to Thomas Ray and Margaret Jane (Steinbauer) Bolstad in St. Peter, Minnesota. Growing up, he was best known for his academic abilities, quick wit, and sarcasm. Everywhere he went, he brought a science fiction novel or two. His favorite childhood pastimes included playing video games, Dungeons & Dragons, Magic: The Gathering, and tennis.

At St. Peter High School, he competed in varsity tennis and cross country, played the tenor drums in marching band, and competed in Knowledge Bowl and Academic Decathlon. He graduated with honors and several extracurricular state championships and records in 2002.

With his sights set on becoming a university professor, he moved to Albuquerque to attend the political science graduate program at the University of New Mexico. He worked as a graduate assistant and taught statistics, earning a second master's degree in 2011. He worked as an office manager for Travers Mechanical Services from 2011 to 2020.

He made Albuquerque his home and met the love of his life, Emily Taylor, becoming a father to her son, Robert.

Life did not always go the way he expected, the way he intended. But the obstacles in our path are not obstacles, they are the path. And he traveled his path with a unique combination of confidence, humor, and cynicism. He was a great son, big brother, and father and will be missed terribly by his family and friends.

Ted is survived by his parents, sister Teresa (Schneider) and brother-in-law Benjamin, significant other Emily Taylor and son Robert.

Ted's family extends their heartfelt thanks to his friends, Dow and Sheila Foster, who opened their home to Ted and provided care during the final weeks of his life.

A private Celebration of Life will be held for family and friends. Memorials may be made in Ted's name to the American Cancer Society. Join the fight: https://donate3.cancer.org

To order memorial trees or send flowers to the family in memory of Theodore R. Bolstad, please visit our flower store.