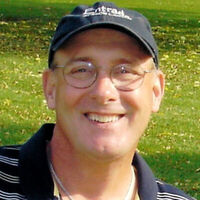 Thomas Melvin “Shadow” Roggow, 70, of St. Peter, was called to his heavenly rest on February 21, 2022, surrounded by his beloved family.

A Celebration of Life will be held Friday, March 11, 2022 from 1-5pm at the Red Men Club, St. Peter. Visitation and Memorial service will be held at St. Peter Evangelical Lutheran Church, on Saturday March 12, 2022: Visitation will be from 11am-2pm, followed by Memorial service at 2pm at St. Peter’s Evangelical Lutheran Church, Pastor Kelly officiating. Fellowship luncheon following the service.  Private inurnment will be in Greenhill Cemetery in St. Peter.

Tom was born June 2, 1951, in Mankato, MN, to Melvin and Lois (Engesser) Roggow. He was baptized into Christ’s Grace on June 17, 1951, and confirmed his faith on May 16, 1965, at St. Peter’s Evangelical Lutheran Church, St. Peter. He was raised in St. Peter, graduating from St. Peter High School in 1969, where he participated in basketball, football, track, choir and theatre.

On June 1, 1974, he graduated from Mankato State College (now Minnesota State University – Mankato) with a Bachelor of Science Teaching Degree in Physical Education, Health and Coaching. He was a member of Phi Delta Theta Fraternity (through which he met many life-long friends/brothers). He also spent time on the varsity basketball and football squads.

Tom met the love of his life, Diane Marilyn Porter, on September 24, 1977, while dancing. They were married on December 8, 1979, at Christ the King Lutheran Church in Mankato, MN. During their 42 years together, they were blessed with two wonderful daughters who brought their father immeasurable joy and love. Spectating at their numerous and varied high school and college athletic events was a favorite activity.

He worked seven years for Komatz Construction Co., five years for NIS Financial Services and retired on June 13, 2006, after 25 years with the State of Minnesota at both St. Peter Regional Treatment Center and Faribault Regional Center as an Attendant Guard, Assistant Group Supervisor, Day Activities Program Director, Group Supervisor and finally as a Security Counselor. On May 8, 2008, he began working half-time at the Mankato office of the MN Dept. of Natural Resources as an Office Specialist. Tom also enjoyed being landlord to several dozen Gustavus students beginning in 1992.

Tom enjoyed the camaraderie and competition of a variety of league sports throughout his life, including, basketball, softball, volleyball, broomball and bowling. He especially loved to golf – making two “holes-in-one” in his career. He also enjoyed fishing, camping, and traveling. He was a member of St. Peter’s Evangelical Lutheran Church, where he thoroughly loved to sing in the Senior Choir, Contemporary Ensembles and various small group worship services. He also served on the Church Council and Outreach Committee. Tom was honored to serve as chairman of the Building Committee for the church’s 1994 Fellowship Hall/Office Complex Addition, following in his father’s footsteps, who chaired the Building Committee for the 1958 Education Building addition.

Tom had a few “Guest Columns” published in the St. Peter Herald in past years and served as a speaker at St. Peter’s 10th Anniversary of the 1998 Tornado disaster. He was also honored to be one of five St. Peter residents to be chosen by WCCO-TV following that tornado to keep a daily journal for several weeks after the storm. Excerpts were later broadcast in the weeks after the storm and again ten years later in a follow-up story.

To order memorial trees or send flowers to the family in memory of Thomas Melvin "Shadow" Roggow, please visit our flower store.