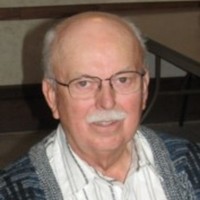 Wayne H. Fahning, age 77 of St. Peter, died on Saturday, January 18, 2020 from complications of a surgery he had the day before.

Memorial service is 11:00am Friday, January 24th at Trinity Lutheran Church, St. Peter. Visitation is 4:00-7:00pm Thursday at St. Peter Funeral Home and 10:00am Friday at church. Condolences for the family can be left at www.saintpeterfuneralhome.com

Born March 14, 1942 at home in Granby Township, MN to Arthur and Mabel Fahning.  Baptized and confirmed at Trinity Lutheran Church in Nicollet. Married Sandy Rudenick November 24, 1962 in Mankato. They had two children and raised them in St. Peter, MN on the Fahning family homestead where they have lived for over 57 years. Member of Trinity Lutheran Church, St. Peter.

While working for Green Giant, Wayne contributed to multiple inventions and designs some of which the company patented. Wayne was a handyman who could fix anything or come up with a design to make whatever equipment modification that was needed.

Wayne was gifted with a creative mind, hands that could make anything, and a very strong work ethic. For many years he gardened an acre of land at their property selling the produce at the Farmers Market and various other places. He was an avid collector of antiques and had a passion for auctions, garage sales, and flea markets. His thrill was to find it, buy it, fix it, and resell it for a profit. Wayne had every tool possible and if he didn’t have it, he made it. He also loved to cook.

Wayne took great pride in his displays and designs of Christmas lights each year creating Christmas joy for the bus loads that would drive by to see them. Wayne also loved feeding all of nature’s animals in their yard. There wasn’t an animal he couldn’t catch and release and known to the family as the Critter Getter.  Most of all, he loved spending time with his family and teaching his grandchildren his handyman traits.

He was preceded in death by his parents; brother Gary; Sisters: Rita Forbrook and Sandy Foster; Brother in law Alfred Fox; Sister in laws: Candy Friedrichs and Renee Stoltzman.

To order memorial trees or send flowers to the family in memory of Wayne Harold Fahning, please visit our flower store.