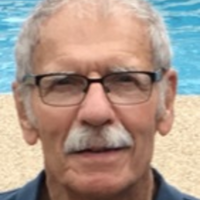 William “Bill” Ludcke Dvorak, age 83, of St. Peter passed away on Saturday, March 12, 2022. Memorial service will be at 12, noon on Friday, March 25, 2022 at the St. Peter Catholic Church. Visitation will be held two hours prior to the service at the church as well. Burial will be held at a later date. St. Peter Funeral home is assisting the family with arrangements.

William was born to Joseph and Maxine Dvorak on December 1, 1938, in St. Peter, MN. He graduated from St. Peter High School, and then enlisted in the Navy in 1956. After being honorably discharged from the Navy he attended Mankato State, and then went on to attend the Union Plumber and Pipefitters trade school. William worked for the Plumbers/Pipefitters local 561 until his retirement.

On December 2, 1961, he married Maureen Mary Pautz at the Church of St. Anne’s in LeSueur, MN and together they had 5 children.

William enjoyed working on old vehicles, lawnmowers, and motorcycles. He also enjoyed traveling with relatives and friends. He was active in the St. Peter Catholic Church, and the church choir.

To order memorial trees or send flowers to the family in memory of William "Bill" Ludcke Dvorak, please visit our flower store.