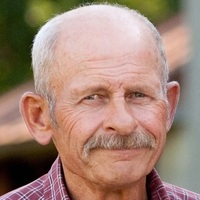 William "Bill" Raymond Osborne, age 77 of St. Peter died peacefully at home on September 16, 2021 surrounded by his wife and children. Visitation will be from 4:00-7:00 p.m., on Thursday, September 30, 2021 at the Catholic Church of St Peter. Mass of Christian Burial will be at 11:00 a.m., on Friday, October 1, 2021, with visitation from 9:30-11:00 a.m. prior to the service, all at the church. Burial will take place at a later date. St. Peter Funeral Home is assisting the family with arrangements. In lieu of flowers, memorials preferred.

Bill was born in St. Peter, MN.  He attended John Ireland Catholic School and graduated from St. Peter High School. He was a member of the Knights of Columbus.  After proudly serving in the U.S. Marine Corps during the Vietnam War, he spent his life farming his organic family farm. He loved being a steward of the land, dancing, morel mushroom hunting, playing cards, mule pack trips to the mountains, and spending time with family and friends.

To order memorial trees or send flowers to the family in memory of William Raymond Osborne, please visit our flower store.