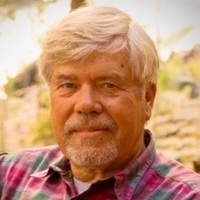 Anders Jussi Björling was born February 4,1936 in Stockholm, Sweden to his mother Anna-Lisa Björling-an accomplished soprano at the Stockholm Royal Opera house, and father Jussi Björling-a world-renowned tenor from the 1930s until his death in 1960. Anders was the first of three children to the couple, followed by Lars and Ann-Charlotte. He spent much of his free time growing up playing soccer, bandi and downhill skiing in the mountains between Sweden and Norway, but his favorite place was the family summer home in the Swedish archipelago. The family would spend summers there where Anders loved to be out on a boat fishing along side the family dog Bongo. After graduating from Sigtunaskolan, Anders came to America in 1956 to attend Gustavus Adolphus College in St. Peter, MN.

At Gustavus, Anders met his wife Janet, a fellow student who worked at the Gustavus bookstore. After meeting her in the bookstore, he decided to buy his books one at a time so he could see more of Janet. They soon became an inseparable couple, known by the moniker “Janders” by their friends. Both he and Janet graduated from Gustavus and married in 1958. Anders and Janet moved to Sweden for four years where they had their first child Susie (Heim), and then set down roots in St Peter, where their second and third children, Jenny Björling and Lisa (Grant), were born. It was also during this time when they opened Swedish Kontur Imports. The shop found its beginnings in the basement of their home, and was started with a desire to bring a few authentic Scandinavian goods to the community, but quickly expanded to its present location on Minnesota Avenue. Having opened its doors 60 years ago, the shop has become one of the longest running private Scandinavian import stores in the country.

Anders also had a long career at Gustavus Adolphus College. His first job was in the finance office in 1962, but not long after he started, the first computer at the college arrived in some large boxes and remained unopened for several weeks. Curious about this new machine, Anders asked the president about the plans for the computer. He was told that if he could figure out how to put it together he would have the job of Director of the Computer Center. Anders put the computer together and enjoyed that job for many years. He later served as Comptroller at Gustavus, until his retirement in 1998.

After retirement, Anders turned to his lifelong passion of photography. Anders loved photographing local landscapes and wildlife, his homeland of Sweden, and later followed his lens around the world to far-reaching locations such as Nepal, Tanzania, Cambodia and the Galapagos. Anders continued with his passion for photography and travel right until his death, even producing a number of self-published photography books in his last year.

After 50 years of marriage, Anders’ wife Janet died in 2008 after a seven year battle with peritoneal cancer. Anders found solace in his love of photography, the shop that he and Janet started, and his friends and family.

In 2014 Anders married Judie Ziemke. Judie and Anders first met in 2005 as fellow members of the board of The Arts Center of St Peter. After their marriage in 2014, Judie and Anders went on to share their mutual love for art, culture and travel going to places like Africa, Greece and Turkey and, of course, Sweden. In the last few years they felt quite fortunate that Judie’s job let her work from home, giving them an invaluable amount of time together in his last years: Anders working on his photography in his office, Judie working in her home office in the adjoining room, and coffee breaks in the kitchen. They were married for 8 years.

Anders died peacefully at the age of 86 in St. Peter on June 6, 2022 in the home he had lived in for 60 years, surrounded by his wife Judie and his three daughters - Susie, Jenny and Lisa. He was a kind, caring and gentle person who will be missed by all who knew him.

A celebration of life will be held at 2:00pm on Wednesday, June 15, 2022 at Christ Chapel on the campus of Gustavus Adolphus College in St. Peter. Visitation will begin at 12:00pm at Christ Chapel. In lieu of flowers, the family requests that donations be made to the American Cancer Society. To leave a condolence or view a livestream of the service, visit www.saintpeterfuneralhome.com

The live stream link below is a complimentary service provided by Mankato Area Funeral Homes.

To order memorial trees or send flowers to the family in memory of Anders Jussi Bjorling, please visit our flower store.